There is something especially powerful about a prophetic voice speaking from beyond the grave. Amid the large volume of correspondence released with the 1983 state papers was a letter from Dr Fergus Meehan, an obstetrician at University Hospital Galway, to then taoiseach Garrett Fitzgerald warning him about the likely consequences of the “pro-life” amendment.

One can’t called them “unforeseen” consequences because Dr Meehan, who described himself as Catholic and anti-abortion, spelt them out in great detail – pinpointing the risk to human life of introducing a constitutional ban on abortion that would tie the hands of treating doctors.

Identifying a hypothetical case with echoes of Savita Halappanavar’s, Dr Meehan warned that if the amendment was passed a pregnant woman undergoing life-threatening complications might die in hospital because a doctor “would rather wait until the foetal heart has disappeared”. His letter is reproduced in full here.

Perhaps social historians will give him some credit: a wise counsel to whom we failed to listen. 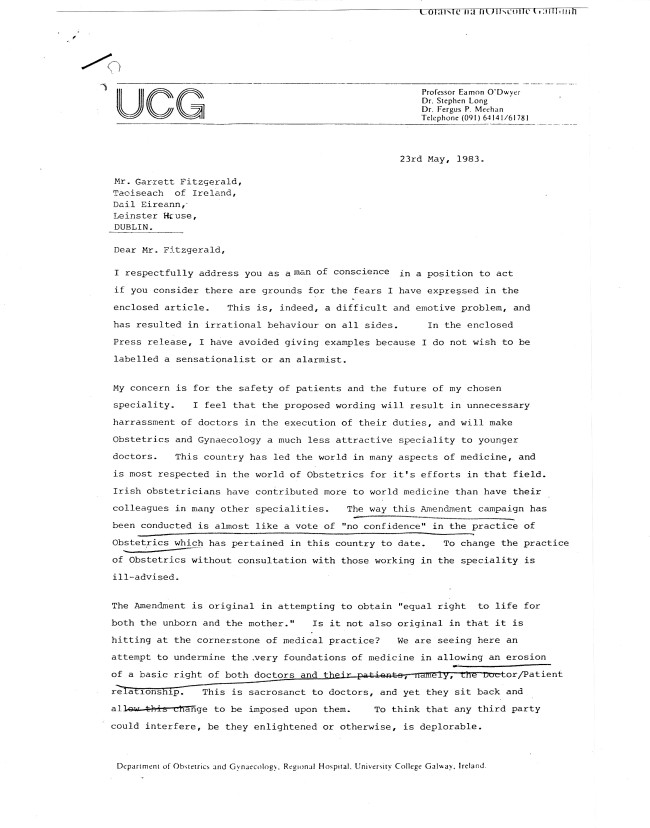